Quote of the week–Raylan Givens 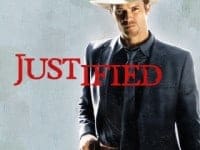 “See, I knew she liked me…” Raylan Givens said during the fourth season of the FX series “Justified”, after being shot in the stomach with a high velocity, bean bag, sawed-off shotgun. By the woman he was currently seeing, the one that claimed she was divorced as she slept with him nightly, stole twenty thousand dollars of his savings and then proceeded to run off with her ex-convict, street fighter, hustler, jealous husband. When US Marshall Givens finally caught up with the conning couple, his girl shot her ex three times to Raylan’s single shot gut buster. Therefore, in his mind, claiming her heart’s top spot.

Far simpler than I could have ever imagined