Perceptions and the gift of being labeled high maintenance. 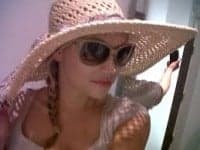 “High maintenance,” a passerby shouts from an opened window of a twin-dually pickup watching as I drag a 100 foot soaker hose across my front lawn. “Whew, heavy duty maintenance,” echoes from behind as I walk out of Home Depot, a fifty pound bag of masonry sand slung over a shoulder. “Ex-pen-sive…” A weekend warrior whispers to his buddy as I leave the flight surgeon’s office after renewing my first class physical. “Hope your husband gets a tax deduction boss lady…” Subcontractors working on our remodel holler as I leap across a maze of wood planks leading to the detached garage any time I need to use the bathroom. And that was just this week.

What’s going on?  Since in my mind having an inoperative sprinkler system in the dead of the scalding Oklahoma summer and not a single working bathroom in the house for over two months, doesn’t really seem to fall inline with the reputation of a high maintenance trophy wife. (HMTW) Still, with maintenance concerns bombarding from every direction, I decided to take a closer look.

Brushing the spare pipe fittings from the porch glider, I planted my jean shorts on the love seat caked with red dirt and saw dust. Picked the grease from underneath my finger nails and ran my usual litmus test. “Is this my stuff or someone else’s junk?” I queried the universe. (Note to self--currently in charge of our family accounting, if there is a HMTW tax exemption surely I’d know about it.)

Meanwhile, I rocked back and forth. Waited and listened for the universe to respond and  in no time at all, a curious notion crossed my mind. For the life of me I couldn’t recall seeing any FAA exemptions for HMTW blonds in the regulation book. Perplexed, I squinted, concentrating harder. It was possible, I guess, that I just missed a mid-cycle update. But that didn’t make any sense either because it has been years since I’d taken any flight tests. A daunting concept quickly followed. Perhaps when I took my check ride the designated examiner took pity on me and gifted me a jet type rating? A lump balled in my throat. Four times? Nah, no way. I cracked up and shook my week-old-washed hair. Definitely someone else’s junk. My next big decision, however, was whether or not I wanted to extend myself and help take out another’s trash. So I closed my eyes and checked the reserve tank to see if I had energy to spare. I did.

Now one sure way to keep nonsense away from the house I walk around in would be to rattle off my resume, the list of credentials proving that I’m anything but a HMTW. Blame it on the sticky air or blanket of oppressive heat weighing heavy on my neck, lazily I concluded it just wasn’t worth it. Let it go. I told myself, removing any residual irritation. Made a deposit to the mineral kingdom beneath my feet and wrote the random HMTW labels off as heat induced light headedness.

Just as I became balanced, the Baron moseyed up the walk, tiny clippings of red hair clinging to his shirt collar.  “Just got a haircut,” he stated the obvious,” and you’ll never guess what my stylist had to say today.” I raised a cautious eyebrow, feeling a little saturated by comments from the bleacher seats. The Baron shuffled and laughed awkwardly. “Ty said,” he hesitated. My barnstorming husband rubbed his stubbly mustache and added, “Erin sure looks high maintenance.”

Automatically, I gave him the look. The quit-while-you-are-still-standing-upright stink eye that typically slams his barn door trap. But he didn’t stop. Split lips flapped in the whistling breeze and he started dancing. A fast-paced jig. Stammering like an livestock auctioneer, he quickly back tracked. “Then I set him straight. Yes, I did.” He puffed out his chest. “I said, sternly of course, Ty if were you I’d never, ever, utter those words when my wife is in ear shot. Unless of course you want a punch in the face.” The Baron grinned proudly, apparently convinced he had quashed the misnomer.

Really? I held steady. Rocked. Breathed. Tried to contain the six pack of whoop ass that had just popped in my chest. Punch?  I eyed the tools and heavy equipment sprawled across my yard of mud that used to be grass. Crush with a back hoe, slice to pieces with a mitre saw, or far easier and less bloody, bury alive in a foundation ditch.  As I reviewed my potential instructional tactics the universe tugged me again. Alright, alright. Although annoying, the message was five by five.  After a few more deep breaths, I knew what needed to be done. Instead of bodily harm, I went for a different approach.

The next morning I drove by the scene of the judgement, threw the Subaru into park and marched into the hair salon. The Baron’s stylist’s eyes bulged wide as the Grand Canyon and I went at him like an arrow, never breaking stride. He started backwards, stumbling until his back met the shampoo bowl and when my chin was inches from his nose, I stopped, centered my body weight and glared at his terror filled expression. His lip twitched, chin quivered and when he finally blinked, I threw my arms around his neck. “Oh my goodness you poor dear,” I squeezed his stiff torso. Tightly.  “I’m so sorry someone sold you an empty barrel.” His body shivered and I released my choke hold. Put an arms length between us while examining his twisted mouth and realized he still didn’t have any idea what I was talking about. “The crazy notion that you have to be one or the other,” I explained, but it didn’t seem to ease his disposition. “Smart and independent or fit and attractive.” Now out of immediate striking distance, he must have been able to process what I said because his tensed shoulders sagged and he collapsed into the wash chair. “What a disservice was done to you,” my hands found my hips. Shook my head in disgust in the way my grandmother always did. “Well,” I shrugged and hovered over his recliner. “At least you know now. I’m living proof you can’t judge a jet by its paint job.”

Back on the open road in the Outback, I had yet another chance to reflect. What if instead of stiletto heels and expensive blow-outs, high maintenance actually refers to a standard. A requirement that people who cross my path need to step up, do what they claim and carry their half in our relationship. It’s possible, right? After all this is modern times.

All of a sudden, my heart thumped softly. A sense of peace flushed over like a cool, refreshing sun shower. I sighed from beneath the wide protective brim of my glam-rag hat with a new perspective. A higher understanding of the double duty label’s true intention. Parched from all the self improvement, I swung into the local QuikTrip. Skipped up to the fountain station and mixed up a cool drink. A man in Wranglers and boots stepped beside me. Drained some fresh brewed sweet tea, looked over and then shook his head. “Um, ah,” he added crushed ice to his tall to-go cup. “High maintenance.”

I raised my eyes from beneath my brim and smiled. “You bet I am.”