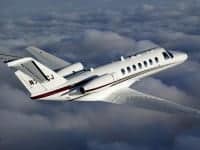 “Howdy,” the pale little boy waved, touched the plastic crew wings pinned to his shirt and then rushed up the air stairs, his mother less than a half step behind. His wisp of a frame easily slid past me and angled for the cockpit . “Weather good in New York?” he asked merrily as if he hadn’t a care in the world. Both pilot’s heads snapped around appearing surprised by the inquiry from their young passenger. “Can I see your driver’s license?” the copilot teased. A smile broad as a double wide crossed the jr. crew member’s sunken cheeks. “Eight,” he hopped in the air. The captain chuckled and eyed his number two. “Our passenger asked you a question.” Quickly, the copilot typed on the flight management system. Within seconds the weather report appeared on the tablet-sized screen screwed to the instrument panel. “Winds are out of the west winds, five knots, sky is clear below 10,000 feet.”

“Yes,” the boy dropped to one knee and ratcheted a celebratory elbow. “A tailwind.”

As he rose, his mother placed a gentle hand on his bald head. “He wants to be a meteorologist,” her voice cracked and caressed his tiny neck.  “When he grows up.”

“A storm chaser,” he corrected and then pushed his mother’s arm away.  For a second a solemn expression tempered his enthusiasm. Justin’s chin hung and his eyes drifted to the carpeted floor. “When I get better,” he said and lightly kicked the coat closet.

An awkward silence settled. The kind of quiet no words can suitably fill. It was obvious the child had cancer of some sort and if the tears welling in his mother’s eyes were any indication, barring a miracle, he didn’t have long to live.

Fearlessly, Justin’s mood shifted like the wind. Gone was any sense of sadness, and he easily transformed back into a budding weather expert. “Will it be sunny at the Ronald McDonald house?” he queried the crew and pointed to the map display. “There, just east of Central Park near the river. That’s where I’m going for treatment…this time.” The copilot’s adam apple dropped and after punching a few keys he called up the area forecast. “Yes sir,” the right-seater cleared his throat. “Sky over Mickie D’s wellness camp appears to be clear and a million.”

The fragile guest modified his victory gesture to a single clenched fist and then turned towards the cabin. Six of the seats in the eight passenger private jet were occupied by people dressed in business suits. The remaining two spots were reserved for Justin and his mother. Looking like a seasoned traveler, the small boy with cumulus clouds in his eyes started to buckle himself in, but suddenly stopped almost as if he remembered something incredibly urgent. Hastily, he climbed from the club chair, moved down the aisle, intently focused on the four facing seats in back. He positioned himself in the middle of the cluster and scanned the executives. “Sirs, Ma’am,” he spoke with an air of confidence far beyond his age. “Thank you,” his words were serious and steady. “For donating empty seats on the company’s jet to Angel Flight.” He paused for a brief moment and wrinkled his nose. “Please tell the rest of your owners thank you. “Shareholders,” Justin’s mom reminded.  “Oh yeah, those people too.” Tell them how since we can fly for free my family can put all our money towards the best leukemia treatments,” he lifted his chin.  “So I can get better. Be on the weather channel.”

Then something incredible happened. To this day, I still shiver when I think of what the young man did next. Amazingly, Justin stretched his hand to the company’s chief executive officer. Stared straight into his eyes and shook.  “Remember me.” The boy stood unwavering. “I have big plans.”

Built for more than luxury