Writer’s Block on the Job: Truth or Urban Myth? 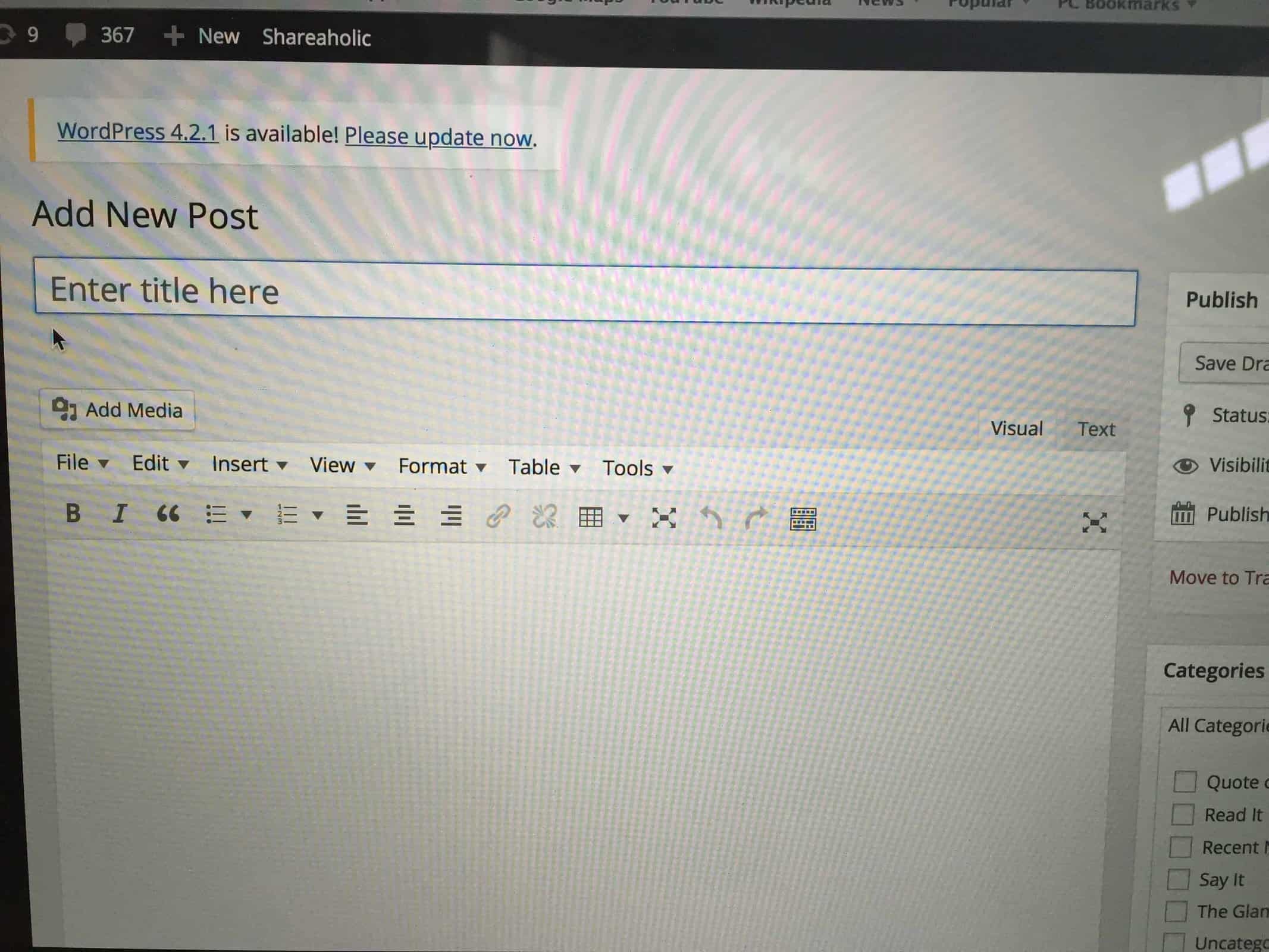 Most mornings, I use John Dufresne’s book “The Lie that Tells a Truth” as a practice guide to help improve my writing. (I typically post the daily drill on my Facebook fan page.) The point of the book, at least in my mind, is to teach writers how to unleash unlimited creative flow. A highly coveted super power that makes writing stories a far less grueling process. (Any authors or even aspiring authors, say it with me…Thank goodness. Do tell.)

In his work-book style novel, he claims there is no such thing as writer’s block.

No such thing as writer’s block? Huh?

Clearly I’d misunderstood his intent. Since I’d spent the better of the day yesterday, staring at a blank blog post page, suspecting I was suffering from the WB condition.

After a second pass and then a third, I realized I read it correct. “There’s no such thing as writer’s block,” I shouted and did the dance I do every time Pharrell’s “Happy” song comes on. Somewhere ad mist my 80’s style dance moves, it hit me that although a glorious concept, words weren’t actions. Fact was, I still had a blank blog post idling on WordPress.

Was I drunk in the euphoria of what the guys on the job call a PVC dream? Perhaps.

I stopped busting a move and settled back onto my writing couch. Commandeered my laptop. Stared out the garage apartment window at the subs digging, hammering, drilling, and sunk into deep thought. What is the definition of writer’s block? My fingers found their way to Google. “The condition of being unable to think of what to write or how to proceed with writing.” (According to the knowing search engine.)

Writing is my job now, right? The pistons in my head pumped. So logic argues that if I have writer’s block I can’t work. If I can’t work, I don’t get paid. If I don’t get paid, then I eventually (Gandhi lasted three weeks; I, however am a bottomless pit.) die of starvation.

My thoughts rolled back to the “Potty Launch” remembering what the concrete sub’s first concern was after he’d inadvertently hit the water main. He was worried about feeding his grandchildren.

Refocused on the workers below, I ran a quick calculation of how many work days each of the trades had missed. You ready?

Sure, there were plenty of days they didn’t show up on my job because they were diverted to other projects. But over the span of 18 months, not a single guy had called in sick. Making me consider if my mental aliment was real or an elaborate piece of fiction.

I mean, how would I respond if the plumbers called up and said they had clogged brain. Framer’s had Bandsaw block. Electricians, a current condition. HVAC had a duct disconnect. Demo team–blasted. The mudders and dry wallers were stuck and the roofer’s were tiled out. Furthermore, when asked how long they’d be off work, they responded, “Not sure, guess we’ll wait for a glimmer from Orion’s belt and then we’ll be able to work.”

If I put the above scenario in context, shoved my feet in the sub’s steel toe boots, wasn’t the fact that I was waiting for a creative tidal wave as silly as the trade’s above excuses? Would I except that rational on the job site? Or, would I go out and find other subs who were more reliable?

A no brainer. I’d go searching for new-hires.

Hypocrite. I call myself out. Pick up Dufrense’s book and read a little further. “If you set pen to paper (fingers to keyboards, being modern times and all) and write, even if you have to type–I have no idea what to write, I cannot think of anything, I don’t have a creative bone in my body, this sucks like a swizzle straw…” If you keep going, you will eventually unlock the barriers your mind has built and the creative energy will flow again. It’s practice. Persistence. Discipline. Dufresne claimed. The very characteristics, I’d guess, that gets the subs to work no matter what.

So is writer’s block a myth? For me, undeniably, yes. Once I permanently parked my half moons in front of my laptop and ignored every countermeasure my mind threw at me (ie. organize closet, clean oven, hand wash, grocery shopping, call my mother) and put words, any words, on paper. The creative energy rushed like a spring creek current.

The power of our minds is unlimited if we understand how to tap into it.

*Note to self: When a mentor suggests a book, read it. In its entirety. As soon as you can. (Don’t wait months like I did.)

*Words from the Jedi Master: Like it not I when padawan’s block their own paths