Competition: The Healthy, Unhealthy and the Destructive. 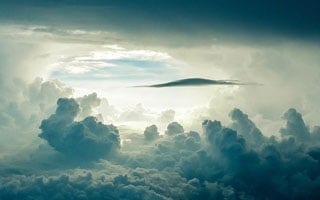 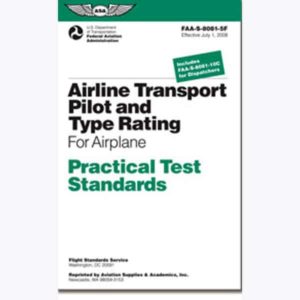 Pilots are fiercely competitive. At any given moment in a group of aviators, there is no question who is the best. The reason being, that every six months in order to be captain (aka the pilot-in-command, PIC) professional flyers must go to training and pass an oral, written and a flight simulator test given by facilities who are approved by the Federal Aviation Administration (FAA.) There are very clear and specific standards by which each pilot is tested, and the results are recorded in each aviator’s employment records. During specified maneuvers, pilot’s must hold level flight plus or minus 50 feet, steady the plane’s heading plus or minus 10 degrees of what was assigned, all while maintaining a given speed plus or minus 10 knots. (or 11.5 miles per hour. FYI, 1 knot= 1.15 mph) The same standards apply even if an engine fails or catches on fire, or when successful completion of the test calls for the execution of an instrument approach to an airport where the clouds are so dense and the visibility so low, you can’t see the runway until reaching 200 feet above the ground. (The simulator is the best way to practice events we hope to never experience in airplanes.) The standards are firm, with no exceptions. One slip up and the pilot fails the check ride. A process that is required, not just for new hires, but is mandatory, twice a year, for a pilot’s entire career. No captain will be cleared to remain in charge until they fly to these standards.

There are an elite group of pilots, however, who fly better than plus or minus 50 feet, 10 degrees of heading and 10 knots of airspeed. Ones who earn the best of the best status by holding themselves to a higher standard––altitude plus or minus 0 feet, headings pegged, and possess ability to maintain airspeed without a knot of deviation. Like I said, it’s easy to know who’s the best.

But in our daily lives, deciding the who or what’s the best of the best isn’t so clear cut. As a matter of fact, what is the best is pretty subjective. Think about it, what’s the top TV show right now? The premier sports team in the nation? Who’s the smartest person you know? The best dresser? Most spiritual? Top innovative company? The most active in giving back to the community? Best parent? Friend? Teacher? Employee? Leader? Unlike in aviation, top honors are left to the whims of a moment and to whom ever is handing out the accolades. Which begs the question, if you’re competing in any of the arenas listed above, what’s behind your motivation? I’m asking because in my mind, there are at least three reasons to compete. The healthy, unhealthy and the destructive.

The healthy. As I explained earlier, pilots are inherently competitive. With hard core standards in place in aviation and a requirement in that industry to be evaluated, a productive environment is created where pilot’s can test their skills and improve their craft. It’s no secret that competing with others raises performance. Humans are more inclined to work harder, push further and step up when they are surrounded by people they admire who represent who they long to be or individuals who have had success in a goal they wish to accomplish. This type of healthy competition inspires us to get off our keisters, stop making excuses and cowboy up. People who inspire can be family, friends, coworkers, athletes, celebrities, heads of state, religious leaders, or even strangers who somehow find a way to spark our desire to be better. The spirit of what I believe leads to healthy competition.

The unhealthy. Unproductive competition can be summed up with one word––envy.

If you find yourself seeing green and looking at someone or a situation thinking that person doesn’t deserve, if you feel bad––sad, angry, disappointed, frustrated, disheartened––and have the burning desire to compete in order to overtake or get power over others, remember, that although this drive is forward motion and moving ahead is always good, don’t forget the universal truth: you get what you give. Even if only thoughts in your head, the spirit of your actions are reflected in the gifts and pleasures the universe bestows.

The destructive. The sort of competition that is rooted in insecurity. Facts are, we all have things we don’t like or want to change about ourselves. We are human. But there’s a definite line between admiring the fact that someone else has gotten past a struggle you’re experiencing––anger, pain, judgement, resentment, jealousy, entitlement––and, the act of masking your own insecurities by putting yourself above others by being disrespectful, rude, alienating, or worse yet, getting people to gang up against another. If you are telling yourself that you are better than others because you are…or someone close to you is…or that you deserve, you’ve fallen prey to the destructive.

So ask yourself, if there was, like in aviation, a book that listed specific standards for every aspect of your life how would you measure up? Would you exceed the minimums and be the best of the best? Pass within the standards and be allowed to continue on for six months until the next evaluation? Or would the way you conduct yourself at times make you a candidate for more training?

Competition can be the greatest motivator. The key to innovation. A platform to massive success and self-actualization. The healthy, the unhealthy and the destructive. The choice is yours. What path will you choose?

Understanding the lessons learned as a pilot were more than mechanical and aerodynamic. They were life skills.