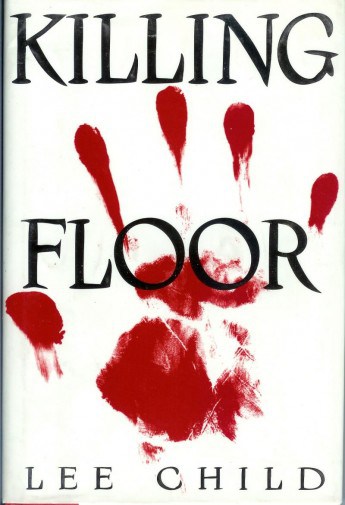 Point of view: First person, past.

Favorite Lines: “I was under arrest. Apparently for murder. But I knew two things. First, they couldn’t prove something that hadn’t happened. And second, I hadn’t killed anybody. Not in their town, and not for a very long time.”

Noteworthy fact: When Lee Child writes a story he may not know the ending until the last 2000 words of the book. (He refers to himself as a “pantster”. Not the kind who drops others drawers, one who actually writes by the seat of his own.)

Synopsis: The first of seventeen books in the “Jack Reacher” series listed in order on

the author’s website. After a career in the army as military police, Jack Reacher leaves the service and decides to see the country on his own terms. He travels light, a small stipend of cash and a toothbrush in his pocket. Roams from one small town to another by hitchhiking or riding the bus only to find himself and his inherent skill-set in demand. Besides his passion for a good cup of coffee, Reacher cannot resist injustice. Of any kind. People’s rights, children’s rights, pet’s rights. He fights for them all. So when he is wrongly arrested and thrown in jail in a small Georgian town in its not enough that he just prove himself innocent. He is driven to get to the bottom of a killing spree ravishing this small quiet manicured town.

Word from the author: When asked how he felt about Tom Cruise playing in the up and coming movie “Jack Reacher” Lee Child said, “It’s not like we passed up a bunch of 6’5” two hundred and fifty pound actors. Everybody in Hollywood is short.” (Tom Cruise is reported to be 5’8”)

Recommended outwardly, however humbly, by Lee Child at ThrillerFest 2012. The simplicity he brings to the craft of writing is unparalleled.