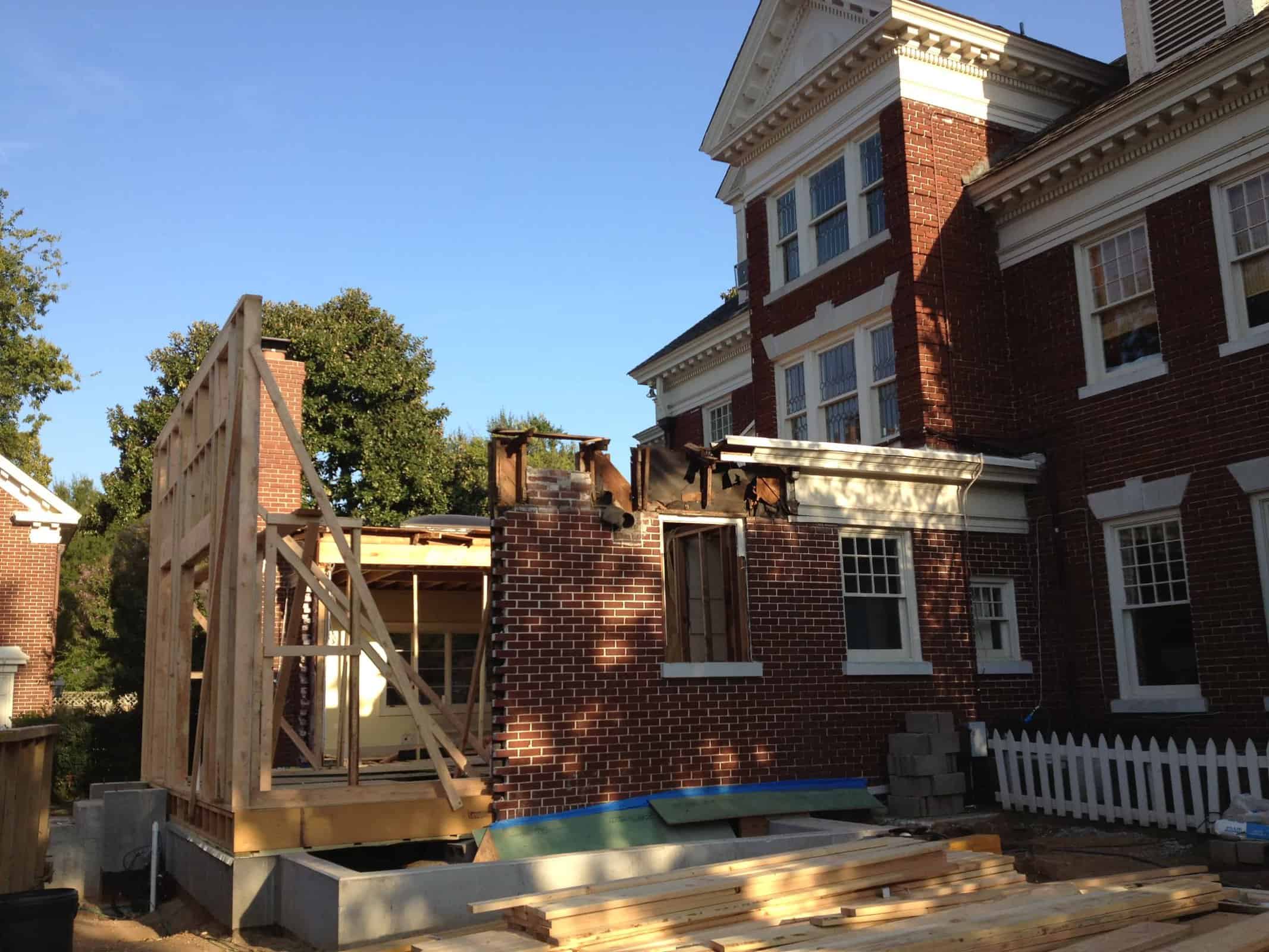 I woke breathless, feeling like a winch was tightening on my chest. Popped up as disaster scenarios streamed through my thoughts. “Did the concrete guys double-check measurements before pouring cement? Did the carpenters consult the plans before framing the first two walls? Plumbers gut every inch of rusty galvanized pipe original to the house. And the electricians, the heat and air guys, roofers, brick layers, the city inspectors, neighbors and the watchful eyes of Tulsa’s historical society? (I had no idea the obstacles a registered home would present.) “I can’t live like this,” I told myself and rubbed the lack of sleep from my eyes. This being the third day in a row, I had woke in a panic.

Anyone who has known me for a stretch of time will confirm this fact: I’m pretty miserable unless I get solid blocks of sleep. Alright, with the exception of the twenty or so years I flew professionally, when the schedule and life only allowed for two or three hour naps. Those were my “Zombie Years”–a story for another time. But if there had been a living dead apocalypse back then, you wouldn’t of needed a bat or gun to stop me in my tracks. Just patience; if you waited a short while, I was bound to crumple into a ball and fall asleep.

Back to the panic attacks. I needed a new game plan. My present course riddled with pothole turbulence and thunderheads. I showered, then dressed in head to toe micro fiber because chances were, by the end of day, I’d be covered in dust, debris and dirt. Laced up my steel toe boots and headed for the apartment door. Then it hit me. Literally. A piece of dilapidated weather stripping dropped from the doorframe and slapped me on the forehead. Got it. I thought and ducked back in the apartment and grabbed a white board and a marker.

Isn’t it funny how you can do something in one situation that works incredibly well and then go into a different mode and completely forget that very skill set? You’ve probably heard me say over and over how a pilot’s world revolves around checklists. With a ton of moving parts, switches, and complex systems, cockpits could be perceived as overwhelming and hectic. But the aviation industry has proved that well thought out procedures make flying safe and consistent. So why wasn’t I using all the tools I had packed in my flight bag? Clearly some sort of out of uniform disconnect. 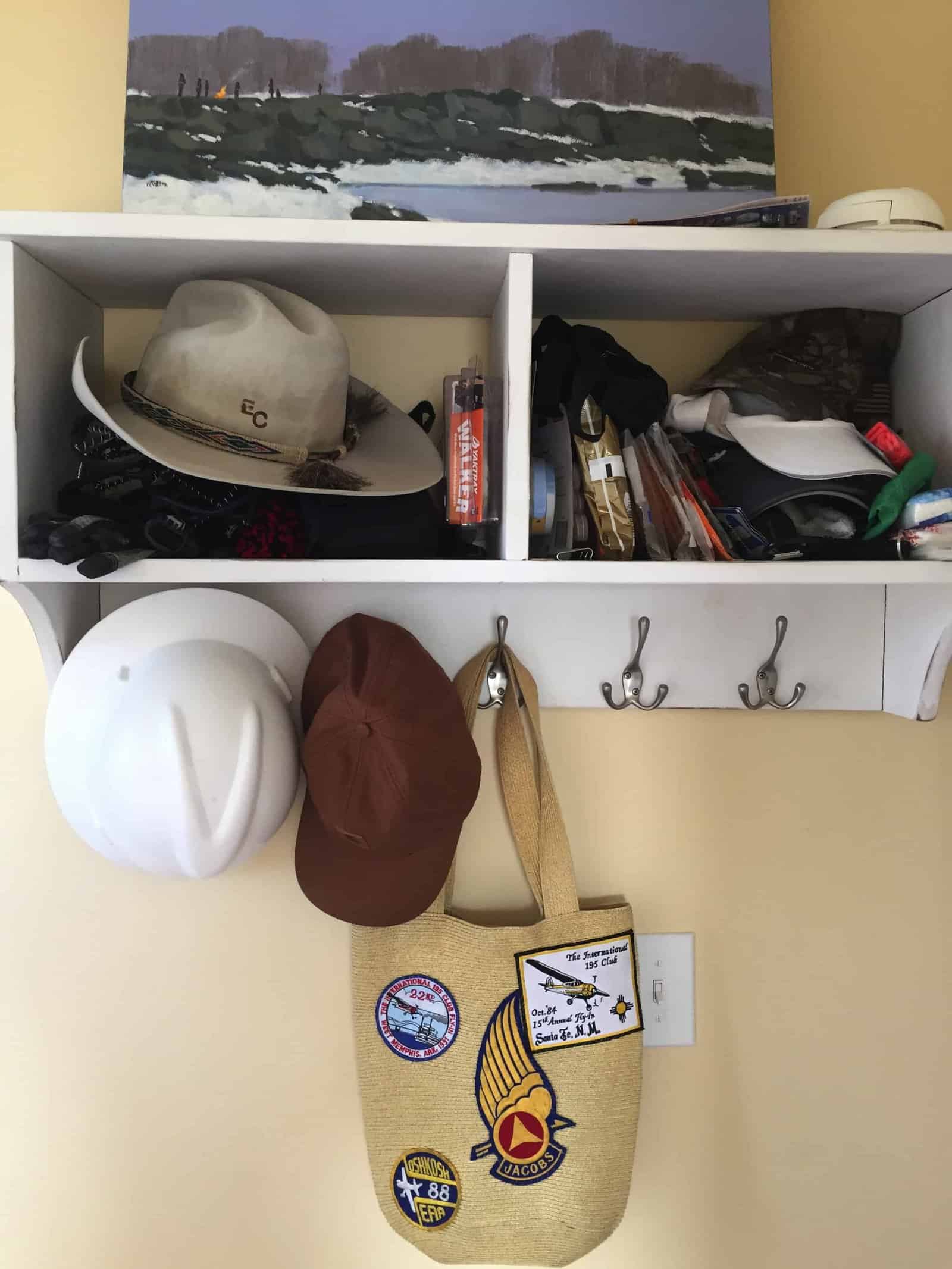 With the magnetic board tucked under my arm, I walked past the coat rack, hesitated and immediately backtracked. Hard hat. I unhooked the head gear the Baron had given me as a protect-the-big-fat-brain-on the job gift. I spun it on my fist and thought how much the head gear reminded me of my captain’s cap. Different uniform, same approach. I slid the protective thinking cap, opened the door and heard church bells chime. Skipped down the stairs, copped-a-squat and started making lists.

Implemented a morning to-do list, afternoon progress check-in and end-of-day wrap up for each trade.

*Writing implications: When my latest story came back from the editor earlier this week, heavily critiqued, instead of dropping into the Zombie tuck and escaping, I cut and pasted all her notes into one document and made a massive, however, manageable rewrite list. In flight instructing we used to call this positive transfer of learning.

Rooting around, searching for some sort of writing cap.