Flight of the Porta-John and other on the job mishaps. 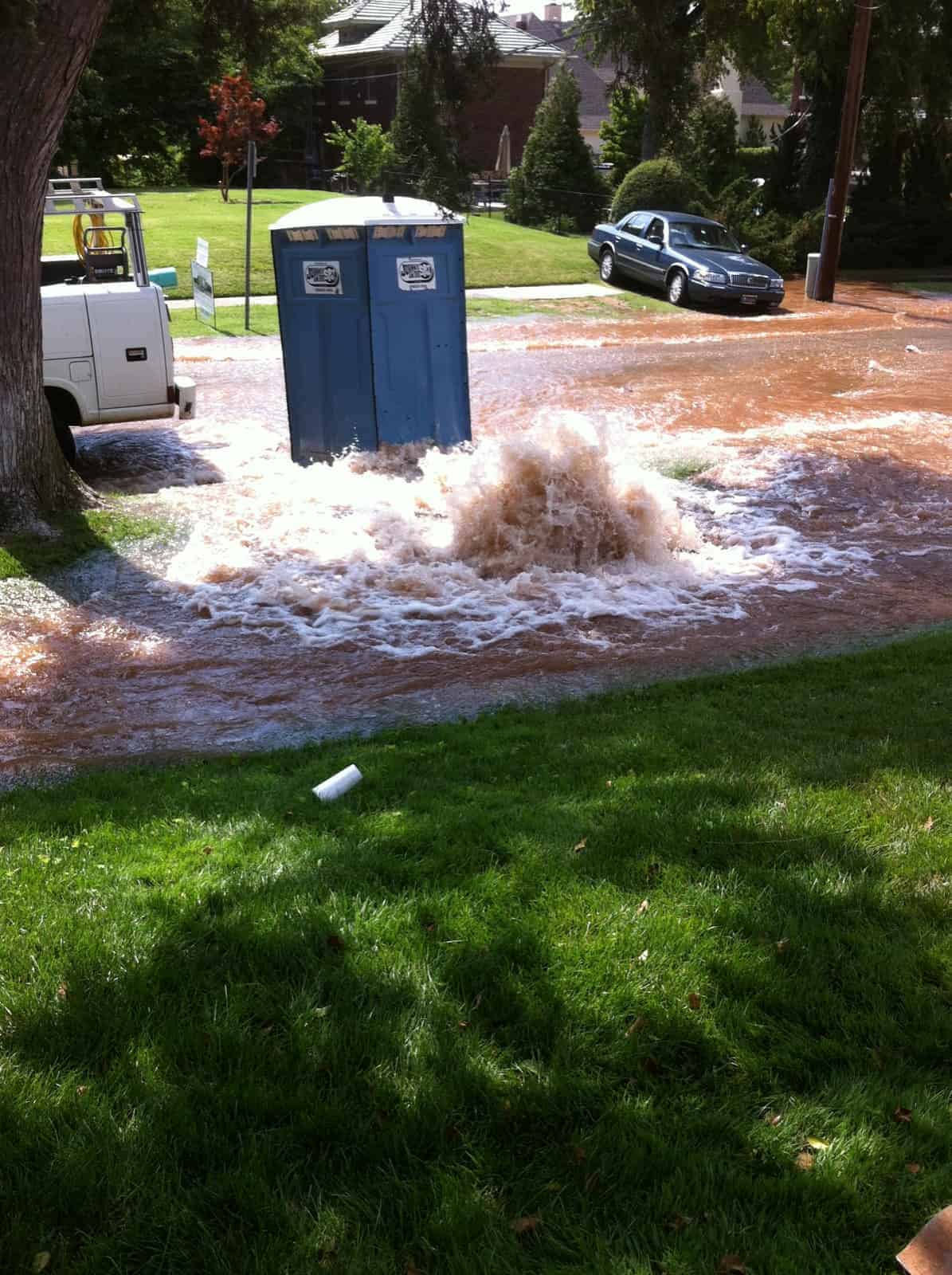 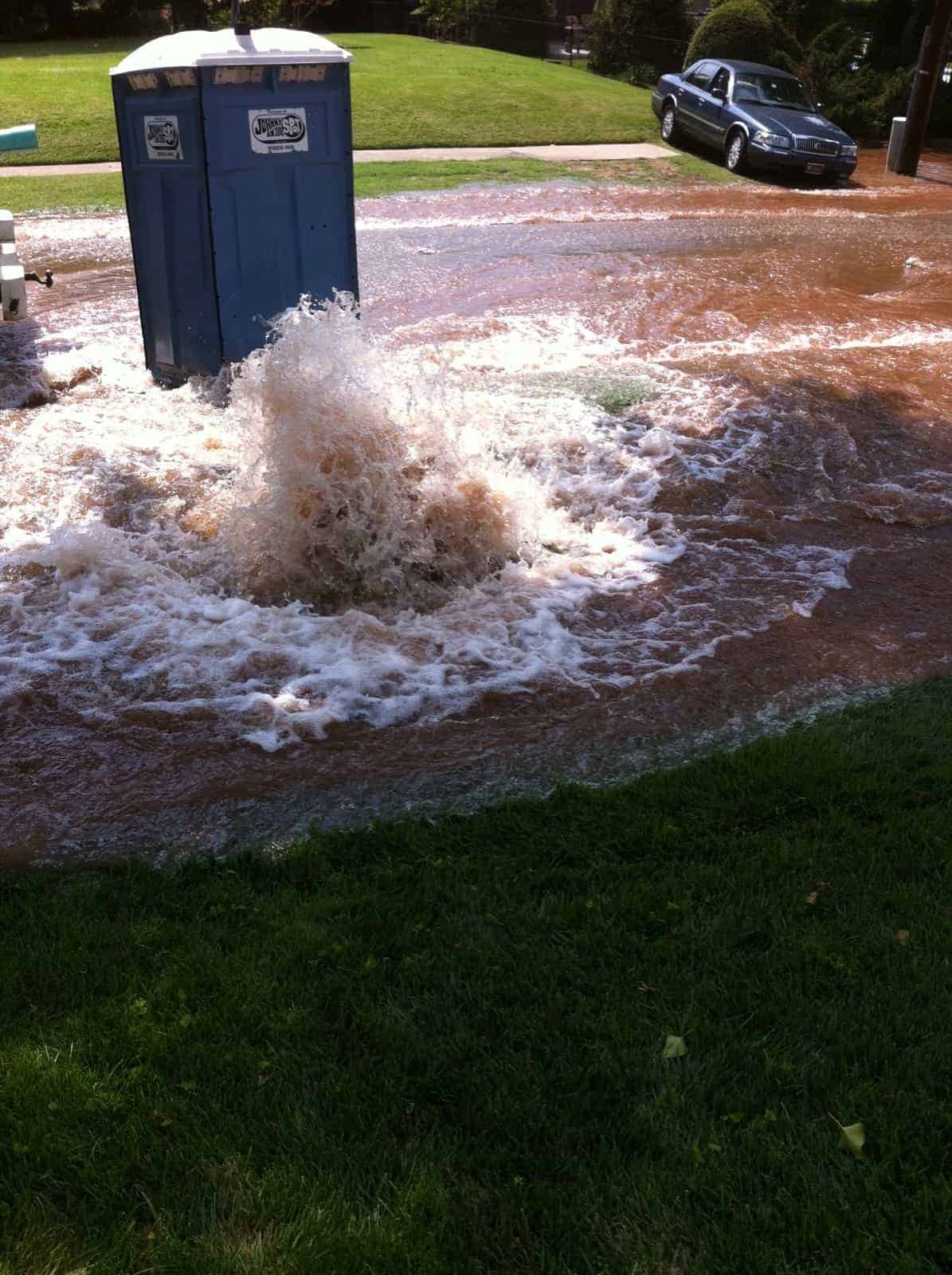 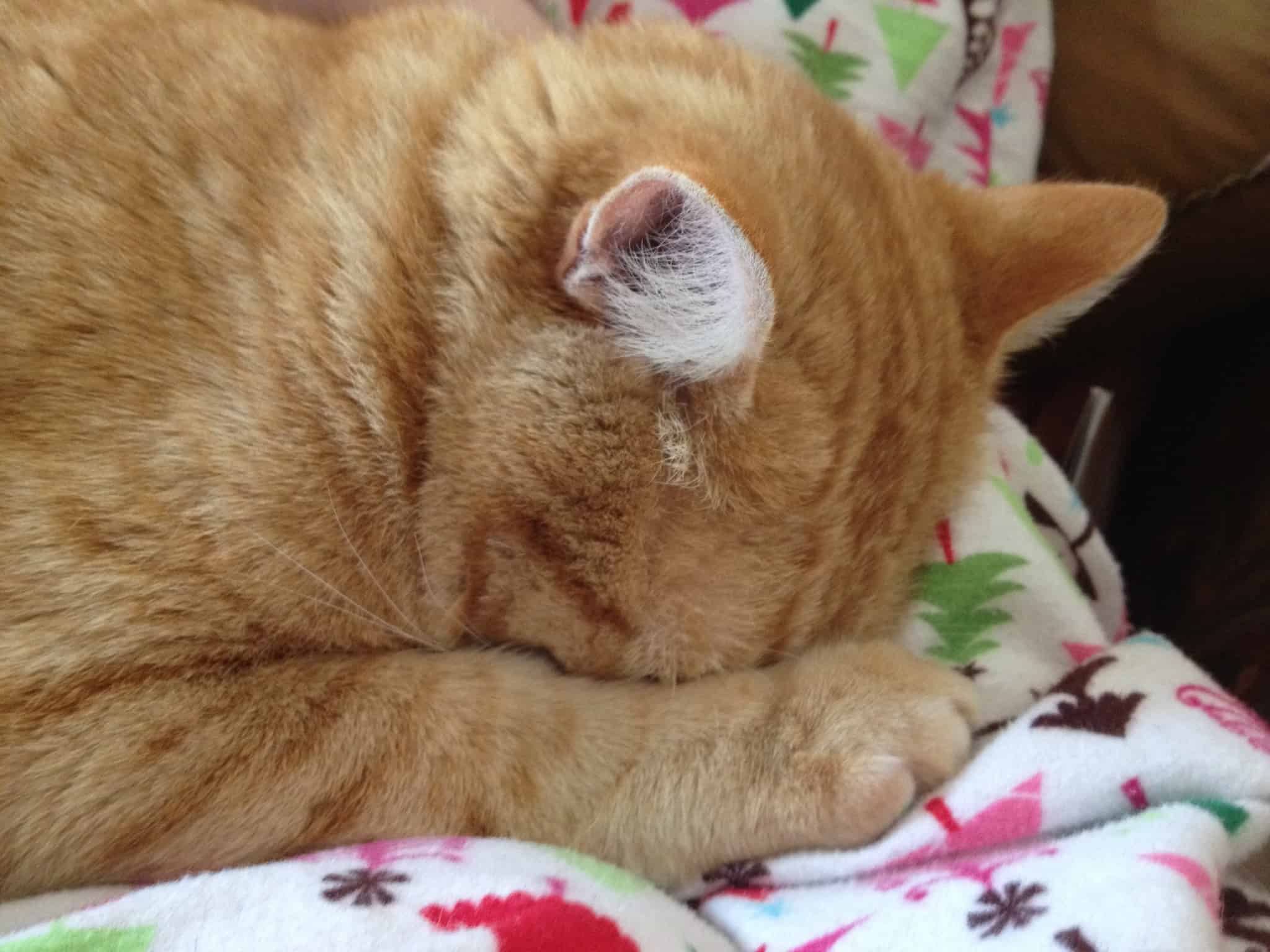 One of the most difficult things about managing people is to understand when to be firm and when to ease back on the throttle. An issue, I’ve learned, that is not specific to my construction site.

Recently I was in Las Vegas, and heard from the taxi driver that a brand new, billion dollar building had to be torn down because the foundation wasn’t set square. It happens. More than you think. No matter how hard you sweat the details, the focus of the individual doing the work trumps planning every time. After seeing this gorgeous, half-built structure succumb to demolition, I came to the conclusion that there was more to the mix-up than missed opportunity, financial set-backs and wasted man hours.

Every mistake has a purpose. I thought, using what pilot’s like to call a view from 41000’. The knowledge that accidents never happen because of one person or an isolated event. Typically a sequence of events, a chain, like dominos, lead up to unfortunate accidents. Momentum, that at any moment could be stopped. That is, if anyone was paying attention to the signs. After a week filled with misses on my own job site, I was reminded to stop, look around and gain a broader perspective.

Earlier, I was in the garage apartment working on the end-of-day checklists, when some hooting and hollering outside, captured my attention. My eyes shot to the window to see half the crew sprinting towards the street. What the heck? In less time than it took to say holy rockets, I flew down the stairs to see a Porta-Potty shoot in the air like a missile launched from Cape Canaveral. The aerodynamic nightmare lumbered a few feet above ground, before gravity summoned it back towards the planet.

But during it’s re-entry, the street below had flooded with water and when the mobile outhouse reestablished ground contact, the surge from the broken water main began to tip it on edge. Hence all the running curbside. Honestly, I’d never seen half the subs move so fast. I joined them street side and helped secure the now righted John. A minute later the fire department arrived.

Once the responders shut the main valve, the rushing current subsided.

“I’m so fired,” the lead concrete sub climbed the yard slope and collapsed on a small patch of grass. “My boss is going to have my hide. The city will fine us, plus our company will have to pay for the repair. I messed up. I’m finished.” His gaze fell to his overalls. “How will I feed my grandchildren?”

Back to the original conundrum. Do I react with a heavy hand? Or relax, take the 41000’ perspective and look for the higher message? I squatted down next to the man who had skillfully poured multiple foundations, laid miles of pipe and built a perfect retaining wall during his eighteen month stint on the job.

“What happened?” I asked.

The sub sat up and rubbed his scalp. “I knew the main was there, saw it on the plans. Was grooving in the Bobcat, thinking about how me and the team were going to kill our day-end goals. Digging and spinning, spinning and digging, when, clunk, metal hit metal. Then I heard a loud whoosh…Well,” his hand caressed the left side of his chest. “You know the rest.”

I looked at the flooded street and tried not to wince. My experience generalling the remodel has taught me that if I didn’t have my hard hat on (literally and figuratively) and acted casual and joked around on site, the workers would approach their jobs with that same lack of professionalism, and I’d wind up with a ton of rework. Like the situation in Vegas.

But budget and schedule were of the upmost importance to me. So the challenge remains–How do I react to mistakes that cost money and cause timetable set backs?

Forty-one thousand feet. The aviator inside reminded. As the remnants of hundreds of gallons flowed like a running river.

Alright, alright, alright. I thought and asked, first and foremost, what was the intent? Did the sub approach his work recklessly or without any investment?

No. I answered with confidence since I’d heard him call the city utility locators to come out and mark the dig area. We’d both reviewed the drawings moments before the Bobcat bucket ate dirt. Next question.

His track record. Was this the first incident? Up until this point, he had been thorough. Upbeat, productive. Game for anything I asked of him. And yes, this was his first mistake.

Then. What was his explanation? Did he take responsibility for his actions?

First and foremost, he said he messed up. Not his crew, not someone else on site or aliens from another realm, here for some surprise invasion As far as the explanation– the just of it was, he got in a rush. Trying, I think, to meet goals I’d set for him.

Hum…Interesting. I sat and thought for a stretch. Has the way I manage had a hand in the potty launch?

After considering my efficient and fast-paced style, I decided I might need to tweak how I communicate work goals. Going forward, make sure I’m clear that the priority is to get tasks done right and safely, instead of just hacking items off a running to-do list. Although the hurry up offense worked famously for the OU Sooners, maybe it’s not quite the right format for a remodeling project.

In the end, it was the intent that mattered in my mind. Was this incident a true accident or the result of slacking off and indifference?

In this case, the intent wasn’t to do a substandard job.

“The water’s off for the entire block,” the concrete sub said bouncing a knee. “Your neighbors are going to be pissed.”

I glanced over a shoulder to see my neighbors barefoot in the street filling jugs and buckets. “My trees are going to love this water,” one woman said. “Yes, free sprinkling in August. How completely unheard of.” A sea of kids waded in the shin-high stream. Laughing, splashing one another.

The sub’s eyes widened and I hefted a hand over his shoulder. “Your company has insurance for these sort of things. Although not ideal, that’s why we all carry liability policies. Going forward…”

A glint of hope flicked across his eyes. “Forward?” he said.

“The to-do lists are guides. Not must be done pronto or else. Strive to finish what we have targeted, but by all means, there’s no need to rush. Maintain a steady, focused, safe, thoughtful pace. Alright?”

“Got it,” he said. His knee stopped jiggling.

“Besides,” I plucked the few surviving blades of grass. “If the crew gets out of hand and I have to bury them in the pool as I’ve threatened, I’ll need you to help me pour the cement.”

Learning when to hold the line and when to give a little.