The Myth of Keeping Up. 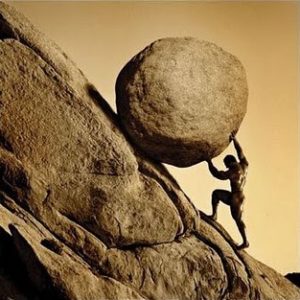 I have a strong sense of discipline. A characteristic people tell me they both like and hate most about me. From the outside this sense seems like a gift and it is, beyond a doubt. A gift, however, that needs to be managed. Let me explain.

Yesterday, I finished the concept edits for my second book in the “Eye of the Storm” series. A task that was suppose to be completed over a month ago in order to launch the book before Christmas as targeted. The release has now been pushed to late January or possibly even to the first week in February. Drag. There are a litany of reasons for the delay, the largest being after six weeks, the concept editor had only reviewed half the book. The second part of the time gap, however, came from my end. Yes, I had to chase the half-finished document down. Yes, I was disappointed as I went through and found tons of missed error which doubled the time required to comb through every page. But despite the time suck, I learned a very important lesson.

A typical work week for me goes like this: Check in on social media and comment on interesting pages. Then post a writing exercise and after, work the drill myself. If creating a new story, I spend the next four hours or so putting words to paper. During lunch, I check emails. In the afternoon, I spend two hours marketing and hour on scheduling and prepping for interviews and if time permits, focus another 2-3 hours back on the story. Once a week, I write a blog. Once a month a newsletter–A between the lines look and insight on how Spirit Dance came to be. If I fall behind during the week, I use Saturday and Sunday mornings to catch up. (Or evenings when the Red Baron, my husband, is traveling or working late.) A game plan that worked pretty well, until it didn’t.

With the rough edit in hand and the holiday deadline in my sights, I did what I do when faced with a huge challenge. Dug in the back of my closet and retrieved my Wonder Woman tights. (A uniform oddly close to my Carhartt coveralls and my construction hard hat.) With the benefit of a super power, I worked night and day for six weeks. An attempt to stay on schedule and rework Storm Makers. Halfway into the process, another obstacle was thrown in the mix. Behind, the producer of my audio book sent thirty-three chapters for to me review in the course of a couple of days. (The audio book is about eight and a half hours start to finish.) The proverbial straw the broke the Bull’s back. Yikes!

So, I split days between audio edits and Storm Makers edits. Solely focused on the immediate action items, blogs, my newsletter, marketing and social media posts became few and far between. Which lent to daily ‘‘you’re falling behind’’, “you’re missing book sales” and “the experts say if you don’t keeping posting, you’ll loose your audience” mental head slaps. (Why not kick a girl in spandex when she’s down, right?)

So I worked harder. Let my work outs go, put friends on hold and cancelled any non-essential appointments. Stayed up later, woke earlier thinking if I was just more determined, I could get everything done.

Before long, I started waking up at 3:36 am. Not 3:35 or 3:37 am. (My favored anxiety dream hour, by the way, during my pro pilot stint.) Apparently, even with the benefit of a super mind-set, my subconscious wasn’t buying into my Angus-grade bull crap.

But the immediate crisis’ will pass. I bantered. The audio book will get released and the Storm Makers edits finished.  My body’s response was another week of 3:36 am wake ups.

Something had to give. If being an author was going to be my second career and my goal was to have a healthy work/life balance, I needed to step back and take a look at my current thought process.

It wasn’t long before I realized that I was the one putting all the pressure on myself. The one being rigid. Like life, the writing process ebbs and flows. A life lesson shared with me by the ones who call themselves “creatives.”

Sometimes circumstances have to get so large so that the uber part of me has no choice but to pay attention. I sat for a while and then recalled the great equalizer from my flying days. A few telling questions: Is at least one engine running? Are the lights on? Anything on fire? If not, whatever the issue is just a minor inconvenience. My thoughts rewound through my current conundrum and I busted out into a belly laugh.

A WIP (Work in process.)

aka The Glamours Wife