Celebrate: What Are You Waiting For? 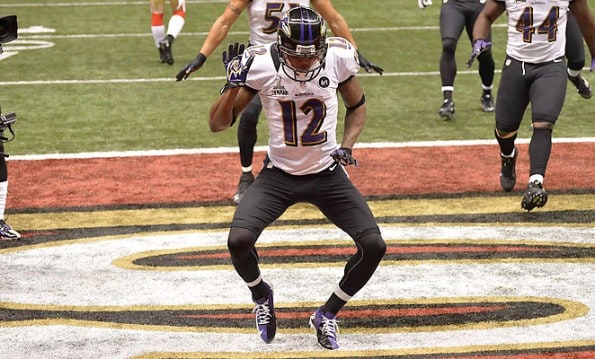 I loved watching the Superbowl. The ads were interesting, and wow, Beyonce and Bruno Mars can dance. (Truth be told, learning how to move like Bruno is on my bucket list––I know, I know, but it’s a wish list.)  Sure, I like football well enough, but what really caught my eye was the sheer, unabashed way the grown men celebrated after making big plays. Some leapt in the air and body slammed their teammates while others, took a few crazy-legged steps. Then there were the secret handshakes, the hip swivels, signature dance moves and sprints from the tackle piles, screaming like madmen. Even on TV, the energy that emanated from the players was no less than spectacular, so much that, I could feel it sitting on my couch in the basement. Then, in a blink, they composed themselves and readied for the next play. Not just once, but every time they reached peak performance. In my mind, the ultimate zero to sixty seconds.

As I watched the players celebrate after each big play, I thought about how as we get older, we change the way we honor epic events. Great things still happen to us, sometimes weekly or even daily, but unlike the players on a football field, instead of busting a move and crying out in the moment, we tend to organize dinners, plan parties or trips. Not that there’s anything wrong with these ways of celebrating, they are fantastic opportunities to gather, mark milestones and connect. But what if at the exact moment something fantastic happened, we––like a center who held the line on fourth down, or a corner who tackled a receiver the instant he made a catch, or better yet, like an outside linebacker who sacked the quarterback––broke into a victory dance? Completely let go and allowed ourselves to do a signature move, release a warrior wail, and feel the rush of adrenaline? Bask in the vibration and honored that space in time when you instinctively know you’re at your best. What if we resisted the urge to look around and blocked any of is this appropriate thinking, and like the football players, afforded ourselves the opportunity to do what comes natural in the moment, reminiscent of the way we approached life when we were kids. A time when we explored and took in the sweetness of our days with out thought or judgement. What if going forward we resolved to experience the essence of what it is to be these incredible beings the universe intended?

The football players have it right. They’ve chosen not to forsake life’s gifts. Follow their lead. After you celebrate, then settle down, go along with the day and continue with plans to go to dinner, have a party or take a trip. But don’t miss the opportunity to bask in the moment.

Go for broke, do it often, do you dance whenever you’re at your best.

The choice is yours, how do you want to spend your remaining earth minutes?