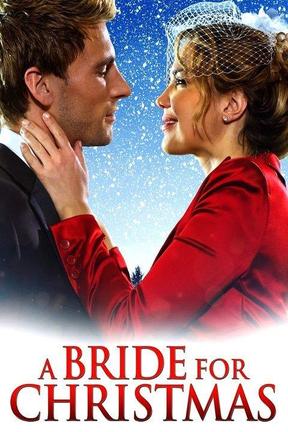 A week ago, I spent the better part of four days with men. We spent the bulk of the time at an airport, in a hanger, working on an airplane inspection with a few mechanics, the airplane owner, some members of the Commemorative Air Force and the Red Baron. (My husband) We drove together, ate together, bowled together, meaning we were all pretty much joined at the wing spars the entire trip. The experience was incredible. I mean, how often do you get the chance to tinker with a WWII vintage airplane?

I watched as the A&P Mechanics removed cowlings, spark plugs, and the propeller spinner. Stood a couple of feet away when they jacked the 12,500 lb plane in the air and checked the hydraulic system by cycling the wing flaps and the landing gear. I was even front and center when the Hawker Sea Fury, rumbled to a start, extended her nested wings, and took to the air. Like I said, during those four days, I learned a mind-blowing number of cool facts about this 1953 British fighter.

But as I started out saying, I was surrounded by men. Just men. As a matter fact, the only woman  I crossed paths with was the cashier I’d met when at AutoZone picking up WD-40 and rags. At the time, I didn’t think much of it, and since I’d been a pilot for the better part of my adult life, I hardly noticed the lack of balance. Funny thing, though, the day after I returned from the trip, I felt kind of off, maybe even slightly agitated. So much so, I stopped and took personal inventory—Was I hungry? Tired? I checked off the typical reasons I tend to get a little cranky. Or had I inadvertently picked up some negative energy out of town?

After careful consideration, I couldn’t find any reasonable explanation for the deviation from my normal upbeat and peaceful disposition. Luckily, though, my truck stop tiger-tabby and I were suffering from the same mystery aliment, and he whined non-stop until I sat with him on his favorite chilaxin spot; the couch in the basement.

As I sat with the caramel-striped bruiser turned cuddle hound, I had the strangest urge to turn on the Hallmark Channel. I say strange because I had never watched the greeting card network before, and had no idea about the programming focus. Held hostage by my sacked out, now snoring, feline friend, I clicked on the TV and searched the guide until I found the station.

A Bride For Christmas was the featured movie, and before I’d even read the description, I felt my techie eye balls roll back in my head. Holy hydraulics, I can’t believe I’m considering watching this program. Funny thing, though, despite the mental eye roll, I didn’t even try to flip the channel. In fact, as the storyline progressed, I found myself sucked in to the corny, Yuletide plot. Truth is, I couldn’t get enough of the character’s fashion, and all the sparkly holiday decorations and twinkling lights made me feel warm and tingly inside. What was going on? Had I inhaled too much exhaust smoke?

Then I had a Grinch-like epiphany. Similar to the heart changing singing from Whoville, an idea resonated across my cranium, and it occurred to me that perhaps the male-time I’d spent earlier in the week had overloaded my system with testosterone and knocked me out of girl balance. Although I thoroughly enjoyed learning about the Sea Fury, I hadn’t touched base with my feminine side for quite some time. With this realization, I sunk further into the couch, and watched every second of A Bride For Christmas, aware I was reconnecting with my neglected inner female through the Hallmark movie.

Who knew? Apparently not me, and in retrospect, I wish I’d understood this imbalance a long time ago. I had no idea how easy it was to get my man-side and girly-girl back to equilibrium. When the show was over, I got up and went on with my day, any feelings of irritation were a distant memory. I was back in balance.

Further verification that I don’t have to choose; techie and mechanical or sparkle and glitter. I can be, I am, both.